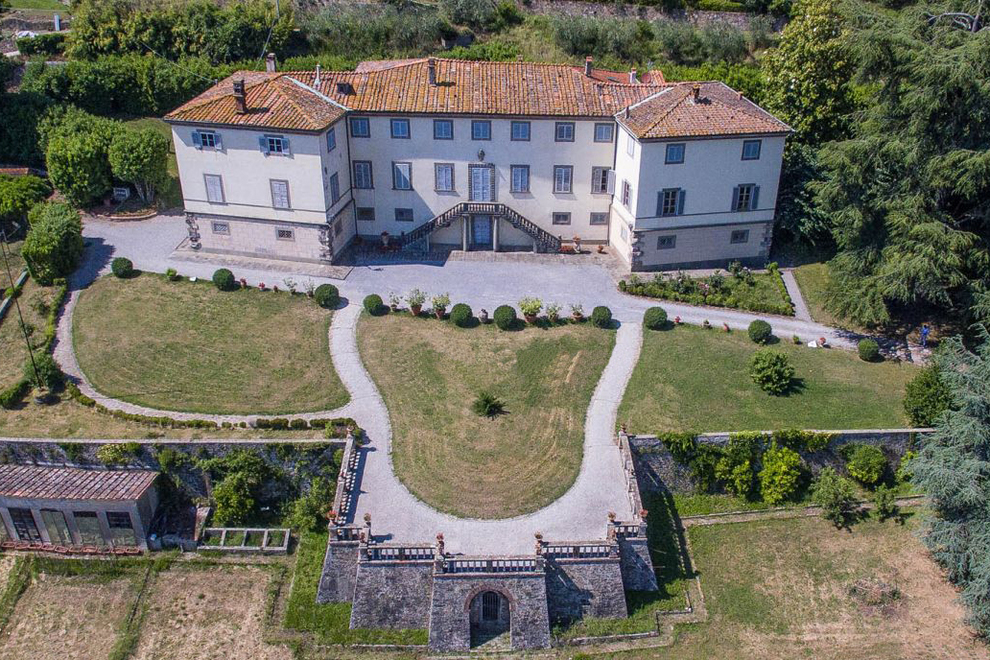 The landscape environment of historic villas for sale in Lucca, Tuscany

The city of Lucca interfaces with a close connection to its territory: a serene and opulent city, surrounded by the majestic walls and a theater of hills that surround its view and that host splendid historic homes for sale on their slopes.

Montaigne, during his trip to Italy, had emphasized the landscape dimension of the Lucca villas. Between the 15th and 19th centuries, a network of over 500 residences linked to the Lucca nobility developed in the agricultural areas of the territory of Lucca.

The villas, currently for sale in the territory of Lucca, represented the sign of affirmation of the aristocracy of Lucca investing in agriculture, consolidating its status with landed possessions and the title of nobility.

These were incomes mainly from the textile industry, international traffic and banking activities. The contacts of the Lucchese families with a refined aristocratic clientele, such as the Polish or Flemish, who demanded particularly valuable products, are intertwined with commercial operations, diplomatic offices, social and cultural visits. The nobles of Lucca are often politicians, in relation to the European courts, so much so that they can also be defined as "ambassadors of culture". A ruling class also endowed with intellectual resources and creative imagination.

As expressed by the Arch. Maria Adriana Giusti, “The central function of the villa, conceived as a place of useful and delight, is above all to organize the agricultural territory. The villas attest with a relationship of continuity between the hills and the plain. They spread in a capillary way, drawing a landscape crossed by axes that coordinate villa and countryside, with rows of cypress trees that emphasize road hierarchies, grotesque backdrops and fountains, paths of land and water.

The territory is dominated by the rigorous and compact forms of the mansions of the villa. These are centralized or longitudinal geometries, characterized by arcades, variously declined, from which particular stylistics derive. Loggia on the two fronts, or repeated on two orders, projecting loggias or simply "cut out" from the volume, loggias on free columns or on pilasters, with gardens hinged along perspective axes, not always central. These characteristics are maintained over the centuries, enriching between the seventeenth and eighteenth centuries of plastic and expressive values, at times achieving considerable spatial and structural tensions.

One of the central themes of the great Baroque villas of the Lucca area is the scenic value of the space, emphasized by the narrative of the fronts of the buildings, the theaters and the water shows.

These different scenic moments coexist and multiply in the spatial unity of the palace, the garden and its artifacts, with spectacular results as the historical villas on sale in Lucca still demonstrate today.

Several generations of architects, such as Domenico Martinelli, Filippo Juvarra, Alfonso Torreggiani, Francesco Pini, Ottaviano Diodati, but also of foreign landscapers, contributed to this change of register reflecting the profound changes in European society, of which the villa is a significant expression of Lucca. like André Le Nôtre and Edouard André who helped to determine that variety of episodes linked to each other by a landscape connective that still today, centuries later, maintains an unmistakable unity. "(Cit).

The Broker Exclusive Real Estate agency offers for sale prestigious villas and historic houses in the hills of Lucca, places of extraordinary beauty immersed among vineyards and olive groves.