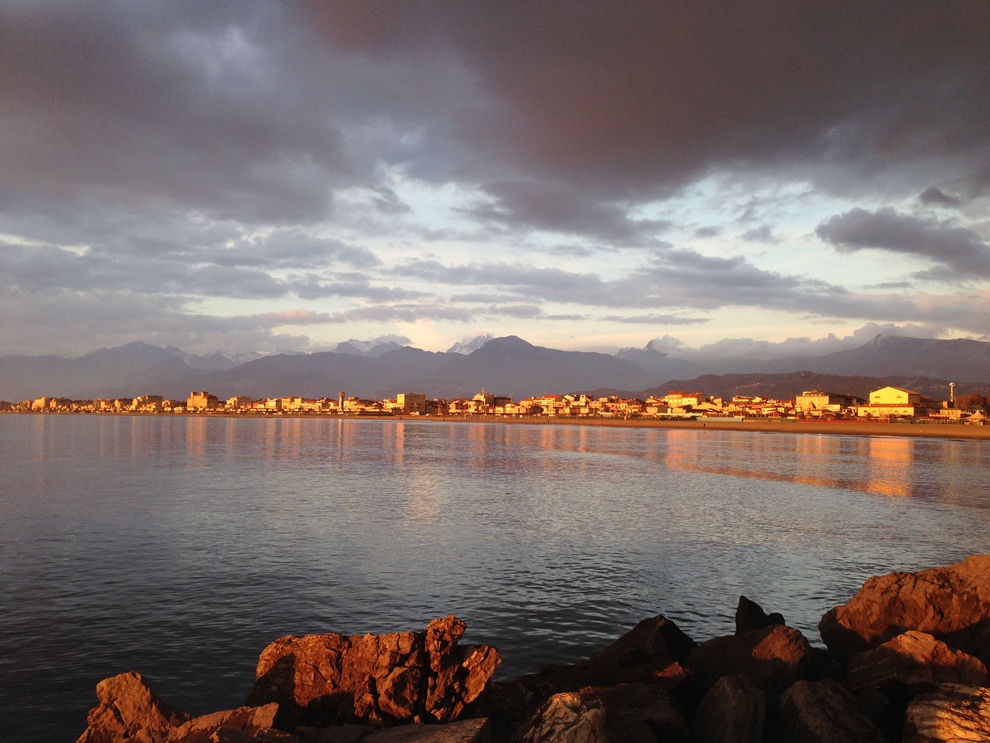 Tuscan Riviera, the land of sunshine, artists and luxury properties

In Tuscany, Versilia a territory that slopes from the peaks of the mountains to the sea

Imagine a green and varied landscape, which degrades from the peaks of the mountains to the sandy beaches, in these beautiful locations, Broker Immobiliare sells beautiful villas, farmhouses and cottages in the hills overlooking the sea, prestigious apartments in Viareggio, luxury villas in Forte dei Marmi.

And then, narrow beaches between the sea and the pine woods behind, frequented and sunny walks, vintage buildings in pure Art Nouveau style, without forgetting the typical restaurants and places where you can savor and taste the smells and flavors typical of an entirely special.
Versilia is all this, a heterogeneous mix of sensations and knowledge, culture and leisure, a territory almost suspended in time where the tourist's gaze can range from the Apuan Alps, up to what is one of the most famous and sought after coastal areas in Italy and in Europe.
To make it even more pleasant a place where living already is a holiday from life, also contributes to the climate; the average 270 days of sunshine per year, temperatures of 24 degrees in summer and 10 in winter, make Versilia a sort of Paradise at hand, both for vacationers and residents.

And if someone thinks that the famous and colorful Carnival is enough to make Viareggio the most famous and beloved town, it's a big mistake. Every corner, every glimpse of Versilia offers, in fact, to the visitor incomparable moments of suggestion that go beyond a single event and that remain forever etched in memory. A place of absolute fascination, in short, that over the centuries and decades has not failed to exert a strong influence on artists of global caliber. In these lands was born the Nobel Prize for Literature Giosuè Carducci and Gabriele D'Annunzio he stayed a long time. A line of land, sun and sea favored by the contemporary Colombian sculptor Fernando Botero, and who also influenced the famous English poet Percy B. Shelley, whose passage in Versilia is remembered by a bust that stands out in the square to him dedicated in that of Viareggio; with him the novelist and poet Manzoni, the musician Puccini, the poet Byron and the writer Malaparte.

The pine forests, it was said the place of entertainment par excellence along with the beaches full of bathers, areas where, over time, have found place riding stables, bike paths, tennis courts, rides, activities to be carried out in tranquility, relaxation and well-being, in the middle to the chiaroscuro of the intact green, spoiled by the coolness that only the trees, with their thick foliage.

The harmonious compendium of hills, lush plans, mountains, streams, canals, sea and beaches, the Versilia truly resembles, in the collective imagination of the Tuscans, a blessed gift made by God. So much so that a myth tells that the Father Eternal, during the creation, arrived in this strip of land, he let fall a great copy of beauties on it. Of course, it is a myth linked to popular tradition, but reality is not so distant.

The priority of our real estate agency in Forte dei Marmi and our real estate agency in Viareggio, is to sell exclusively carefully selected luxury properties, trying to meet the needs of the most demanding customers.
The typologies of our prestigious properties in Versilia range from beautiful historic villas and typical Tuscan farmhouses but still exclusive, set in the hills, from apartments or penthouses overlooking the sea or near the spectacular promenade of Viareggio, and from the luxury villas in the most elegant of Versilia, Forte dei Marmi and Pietrasanta.

Previous article How to show your property at its best home staging
Next article Your house in Viareggio Tuscany, the pearl of Tirreno
Linked properties