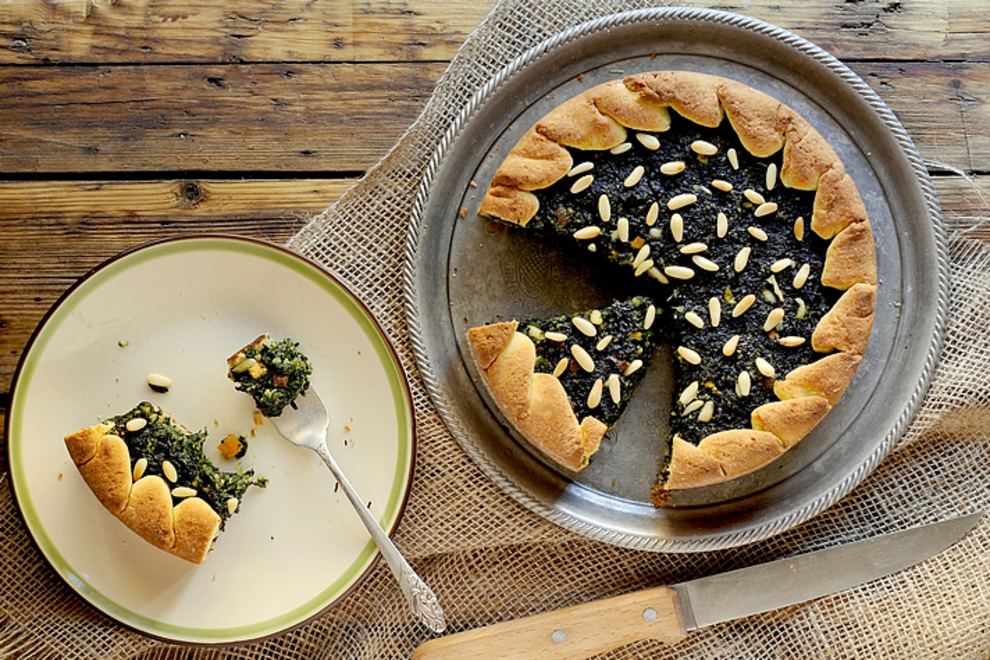 In April between the walls of the house, in Lucca and Pisa it is time for typical sweets

Beloved for the historical centers of the two cities, for their proximity to the sea and the gentle hills where, along the wine and oil roads you will find wonderful villages and castles, these two provinces are increasingly becoming the refuge of visitors who bewitched by such beauty and nature they decide to settle there or invest in various types of activities. In this regard, our real estate agency in Forte dei Marmi offers precise and quality advice for both the residential and commercial sectors.

Lucca and Pisa, two provinces that can be visited at any time of the year, but it is in the period from spring to autumn that they receive a strong increase in visitors and buyers for the prestigious real estate properties that dot the area: spring invites you to go out and rediscover nature; summer by the sea for refreshing baths or on the hills to enjoy the breeze and autumn full of flavors to be enjoyed between cellars and vineyards.

However, not everyone knows that April is a very rich month of events, where the rural religious religious culture and the cuisine meet giving rise to very heartfelt events and during which you can taste real delicacies, especially two very tasty cakes. similar.

The Cake with Bischeri for the Pisan province and the Cake with the Becchi for the Lucca area. In other years people would have had the opportunity to taste them directly during the Agrifiera in San Giuliano Terme, in the province of Pisa or at the Infiorata di Santa Zita in Lucca, but this year it will not be possible! That's why we decided to give some information on these two very similar cakes, which are even prepared in the same month as to show an ideal twinning between the two cities, but also their historical rivalry for the "decisive flavor" that the different ingredients used.

Almost everyone knows that "bischero" is a Florentine term, which in common usage indicates a simpleton, a naive and it seems that this name derives from an ancient and rich Florentine family the "Bischeri". But what does the Bischeri have to do with the cake?

According to the village legends, the Florentine meaning is taken up, as being a laborious and expensive cake, which was prepared in honor of the patrons in the hamlets of San Giuliano Terme, the various families produced so many of them to get into debt, and then give them to friends and relatives without having any proceeds, thus behaving like "bischeri". The anniversary for which it is prepared is April 28, a period in which there is also a renowned agricultural fair, the Agrifiera.

Cake with the Beaks

This cake was also born for religious reasons, in fact it is also called Torta di Santa Zita, the Saint of flowers who died on April 27, 1272, symbol of the virtuous Lucca and patron saint of the city. In fact, wandering through the streets and squares of Lucca in the days preceding this anniversary we meet the flower market in Piazza Anfiteatro and the setting up of small gardens in the neighboring squares. Via Fillungo, piazza Scalpellini and piazza San Frediano are colored and cheering, the atmosphere is full of the intense aroma of flowers, sweets and local food and wine products in via San Paolino.

Santa Zita is also the patroness of housewives and maids and therefore tradition has it that in these days we offer bouquets of jonquils and give us the classic Torte d'Erbi or cake with the Becchi.

So far the similarities between the two cakes, but for the differences we have decided to give you the recipe of both, so that you can choose your favorite, engaging in your kitchen in these days when we are at home and almost all of us are having fun to knead with the family, rediscovering ancient recipes!

In this unexpected period, capable of overwhelming everything and everyone, there is also the need to review our rules, also discovering the desire to habitually breathe these strong traditions and therefore plan to move home or move to live in this fantastic territory of Tuscany.

And for those who are looking for a house in these areas, a prestigious villa or farmhouse on the hills of Lucca and Pisa, a simple home or a luxury property, which will allow you to share these ancient traditions and recipes with all your loved ones, our agency, Broker Immobiliare Exclusive Real Estate, is at your disposal to accompany you through this research, offering you our prestigious properties for sale between Lucca and Pisa.

Now as promised, here are the links to the two recipes, also taking the opportunity to wish you a Happy Easter and a Happy Appetite!

Previous article Liguria, between sea and mountains luxury villas for sale
Next article Prestigious Estates and Villas to discover in Camaiore
Linked properties