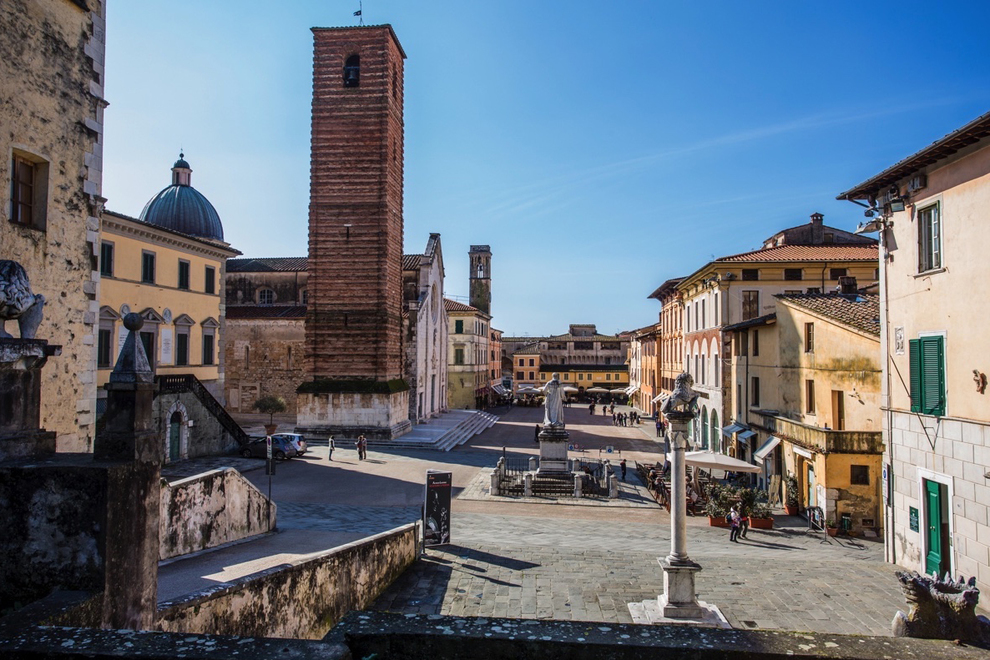 In Tuscany, Pietrasanta is a treasure chest full of treasures of any shape,

where the visitor can admire its many monuments, discover how the various works of art are made in the various artistic workshops, in a magical place, where history, culture and traditions come together in the historic center of this artistic town of Versilia.

Very often, this visitor decides to stop in Pietrasanta through a real estate investment, which allows him to be able to deepen his knowledge of the hinterland or its coastal fraction, Marina di Pietrasanta.

And it is in this fantastic and heterogeneous territory, which contains a variety of elements and a combination of unique scenarios and landscapes, from the sea to the hinterland to the hilly hamlets, that Broker Immlbiliare Exclusive Real Estate offers prestigious villas, farmhouse and apartments for sale in Pietrasanta.

Pietrasanta is known by all as "Little Athens", but when did it start to be the cradle of art?

Not everyone knows that Pietrasanta was actually founded for military reasons, i.e. the need to control the Port of Motrone and the via francigena, around 1255 when a Milanese nobleman, Guiscardo da Pietrasanta, lord of the province of Lucca, gave it the name and noble coat of arms offering its inhabitants the same rights and privileges as the citizens of Lucca.

The city was characterized by an orthogonal scheme which represents the first example of urban planning planned in Tuscany. For many years it was disputed and lived alternately under the foreign rule of Pisa, Genoa, Florence and France. When Pope Leo X, arbiter of the dispute between Lucca and Florence, assigned the territory of Pietrasanta to the latter began a period of prosperity, also due to Michelangelo Buonarroti who opened the marble quarries, to Cosimo I dei Medici who reclaimed the countryside and the opening of some iron mines.

Walking through the streets of the historic center, you still seem to feel the restless spirit of Michelangelo, who negotiated here the purchase of the marble used for the facade of S. Lorenzo in Florence.

Pietrasanta boasts among his "children" many of the most illustrious Italian sculptors and ornamentists including Stagio Stagi (1479? -1561); the sculptor and historian Vincenzo Santini (1807-1876) who was also the first director of the local art school; the engineer Eugenio Barsanti (1821-1864) who together with Felice Matteucci of Lucca invented the internal combustion engine without forgetting writers and poets among whom the name of Giosuè Carducci (1835-1907) stands out.

In 1842 the school for the artistic working of marble was opened, still active today, and in a few years a myriad of workshops flourished.

Pietrasanta has remained faithful to this tradition by maintaining examples of religious, military and civil architecture. The undisputed value of the city is the fascinating Piazza Duomo, the always beating heart of the historic center. The square is surrounded by the Cathedral of San Martino (XIV century) with its red brick bell tower, the church of Sant'Agostino (XIV century), the "Torre delle Ore" (XVI century) and various buildings of historical value including including Palazzo Pretorio (XIV century), Palazzo Panichi (or Carli), Rocchetta Arrighina (XIV century) and Palazzo Moroni (XVI century).

The city center is dominated by the 14th century "Rocca di Sala", which stands on the homonymous hill with its bastion and crenellated walls.

This is just a handful of names of the great artists who have transformed a pretty medieval village into the "little Athens" of Versilia, a laboratory city where you can learn the art of artistic marble and bronze, but also the site of interesting activities cultural from prose theater to ballet, concerts and various exhibitions and art galleries that dot the historic center in all seasons.

In the north of Tuscany, living in a culturally lively city like Pietrasanta can only be positive for anyone, in this regard Broker Immobiliare Exclusive Real Estate, a company specializing in the marketing of prestigious properties, offers prestigious apartments, villas and farmhouses for sale in Pietrasanta, from the sea coast and the beaches of Marina di Pietrasanta, passing through the flat Tuscan countryside with a view of the Apuan Alps, up to the splendid hilly hamlets from which you can enjoy enchanting sea view landscapes.

Previous article In Tuscany the villages of Camaiore, between villas and farmhouses for sale
Next article Why buy a house and move to live in Tuscany
Linked properties