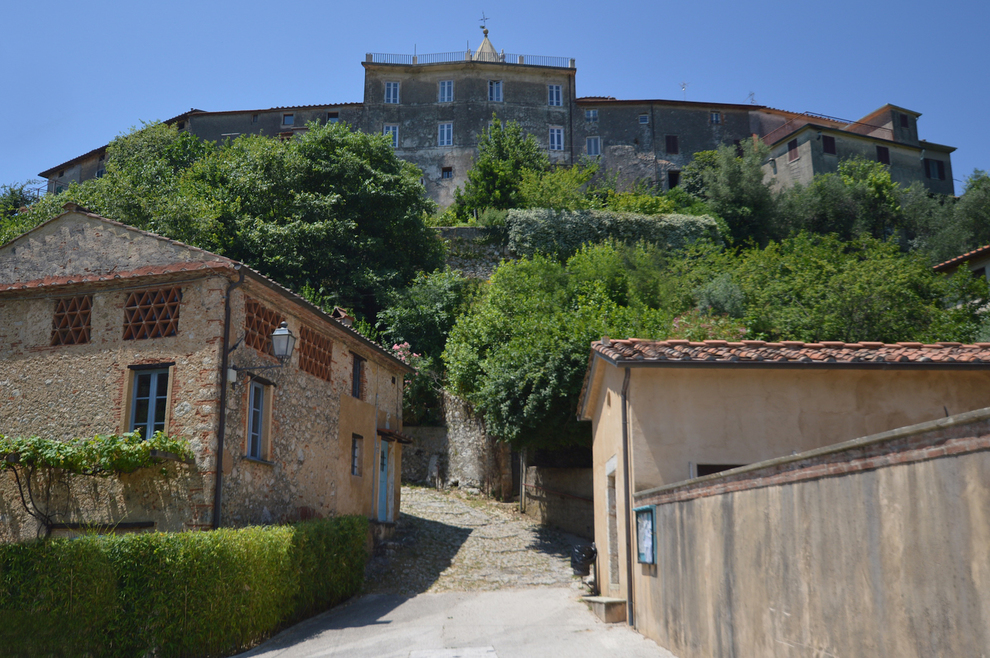 In Tuscany the villages of Camaiore, between villas and farmhouses for sale

Home PageBlog Broker ImmobiliareTuscan RivieraIn Tuscany the villages of Camaiore, between villas and farmhouses for sale

The villages of Camaiore, Tuscany

In the north of Tuscany, Camaiore contains a variety of elements and a combination of scenarios and landscapes in a natural patchwork from the sea to the hinterland, where hills and plains, mountains and valleys, sea and beaches are beautifully brought into contact. reachable within a few kilometers.

The charm of Camaiore and its surroundings is this, a unique experience, different and changing landscapes, artistic beauties, characteristic villages and ancient villages, a paradise for hikers in terms of difficulty and variety.

And it is precisely by following this itinerary in the area that surrounds Camaiore, with its villages perched here and there, that Broker Immobiliare Exclusive Real Estate offers for sale prestigious villas and farmhouses for sale in Camaiore, Tuscany.

Luxury residences that will allow you to experience Camaiore and its hilly hamlets, from a position of absolute privilege, a few steps from the sea and the renowned beaches of Versilia, but immersed in tranquility and in direct contact with the nature that surrounds you.

The oldest villages in the Camaiore Valley are of early medieval origin, and can be summarized as follows:

Monteggiori and Santa Lucia
Seat of a feudal castle mentioned for the first time in the year 1224. The urban structure and some ruins of the city wall and the fortress, which belonged to the nobles of Bozzano and Montemagno, are still visible today. In 1308 the town was included in the vicarage of Pietrasanta and starting from the mid-sixteenth century. in that of Camaiore. There were possessions of Castruccio Castracani and Paolo Guinigi, who built their residential buildings there.
Broker Immobiliare Exclusive Real Estate offers for sale in Monteggiori, Villa Saint Laurent, a luxury property for sale in Camaiore, Tuscany, located in a priceless location, with a splendid view of the sea, and immersed in a private park and olive grove of over 43,000 square meters.

Rotaio
The fortress of Rotaio is splendid, built by the will of the Municipality of Lucca in the year 1223, located less than 3km from Monteggiori.
Broker Immobiliare Exclusive Real Estate offers for sale in Rotaio, the homonymous farmhouse, a magnificent and ancient prestigious former farmhouse for sale in Camaiore, Tuscany, unique in its kind, which mixes the tradition of Tuscan farms of the 1700s, with the modernity of the pure forms of the sculptural works by a famous American artist, who has established his residence and studio / atelier here.

Pieve
It takes the name of the beautiful Romanesque church, one of the 5 parishes of Versilia. Originally dedicated (document of the year 817) to S. Maria and S. Stefano and, subsequently, to S. Giovanni Battista. Inside, there is a beautiful Roman sarcophagus found in Lombrici, dated to the 2nd century AD.
Broker Immobiliare Exclusive Real Estate offers for sale in the surroundings of the Pieve di Camaiore, Villa Narciso, in an area of ??great tranquility, with panoramic views, this portion of prestigious villa for sale in Camaiore, Tuscany, has been renovated with great care, taking advantage of the spaces and making it a easy to manage and very pleasant property.

Nocchi
Country of ancient origins of which since 810 the church of S. Pietro di "Noccle" is remembered. Nocchi was crossed by the Via Francigena which traced an ancient Roman route, as evidenced by some archaeological discoveries. The history of Nocchi is mainly linked to the existence of oil mills and mills located along the Lucese stream, whose structures are still visible today.
Broker Immobiliare Exclusive Real Estate offers for sale in Nocchi, Villa Augusta, luxury villa for sale in Camaiore, Tuscany, which belonged to important families and passed down through noble families, who have preserved all its charm and prestige, still resulting today a splendid example of luxurious and stately home.

Montemagno
The first inhabited nucleus has its origins in the 10th century. and a century later it already has a church dedicated to S. Michele. The Via Francigena passed from Montemagno, which descended to Nocchi and then reached Camaiore. Of considerable historical and archaeological interest is the castle of Montemagno, of which the ruins of the surrounding wall, a cistern and the facade of the church of S. Bartolomeo are still preserved today. The castle is known to have been the residence of one of the most important feudal families of Lucca, called "noble Montemagnesi".
Broker Immobiliare Exclusive Real Estate offers for sale near Montemagno, villa dei Tigli, where from the important entrance avenue, lined with a row of old lime trees, you enter the green garden, dotted with rose gardens, rhododendrons and camellias, which surrounds this prestigious residence surrounded by greenery for sale in Camaiore, Tuscany.

Pontemazzori
The village stands in an elevated position, and is about 300 meters from the Church of S. Andrea, which we find mentioned in 885. The "Municipality of Pontemazzori" has been included in the vicariate of Camaiore since 1308. The eighteenth-century villa Giannini, built by the noble Trenta family of Lucca, is of particular interest.
Broker Immobiliare Exclusive Real Estate offers for sale near Pontemazzori, Casale Rosmarino, an ancient Tuscan farmhouse of great charm for sale in Camaiore, Tuscany, finely renovated, with swimming pool and outbuilding, immersed in the beautiful countryside just a few minutes from the historic center and the sea of ??Versilia.

Pedona
The town was built in the area formerly occupied by a feudal castle from the year 1099 of the noble Flammi of Pedona, a secondary branch of the powerful lineage of the feudal lords of Montemagno. The urban structure of this village still highlights the shape of the castle, which was equipped with a circular tower and mighty city walls. A second tower built in 1324 by Castruccio Castracani served to the republic of Lucca until the 17th century. as a sighting point, from which in case of danger signals were made to Vecoli, and from Vecoli to Lucca. Pedona offers impressive views: from the Camaiore basin to the sea.
Broker Immobiliare Exclusive Real Estate offers for sale in pedona, Casale Il cedro, a characteristic farmhouse for sale in Camaiore, Tuscany, with splendid hilly views and a unique panorama, where history and nature make this place suitable for a life far from the hustle and bustle of the city.

Greppolungo
Characteristic village superimposed on a castle, mentioned in 1219, of which some traces remain; leaning against a rocky outcrop overlooking Camaiore and the Versilian sea, it is a destination for hikers who want to walk the paths that lead to Mount Gabberi.

Casoli
Perched on the right bank of the Lombricese stream, it is already inhabited in 984. From the town square you can admire the suggestive scenarios of the southern peaks of the Apuan Alps.
Just above the town, the paths leading to Mount Matanna and Mount Prana begin.

Metato
Located on the eastern side of Camaiore, overlooking the sea, it enjoys one of the most favorable climates. Its origins are linked to the existence of a characteristic chestnut dryer, called "metato". It has been inhabited since the 14th century.

Lombrici
It was already known in 1083, mentioned together with the small and austere church of S. Biagio, which still retains the typical features of the original Romanesque style.

Gombitelli
Known for the production of nails, Gombitelli is also known as a linguistic island.
The seventeenth-century palace which belonged to the Cerù family, and the ruins of a castle, mentioned in a parchment of the year 1029, placed at about 400 meters from the current town, which belonged to the noble Montemagnesi, are of some interest.

Orbicciano
Country included before 1617, the year in which it passed under the Camaria vicar, in the Lucchese district of the Seimiglia. We know from ancient documents that in 1183 a castle existed in Orbicciano, traces of which have been lost. Noteworthy is the Romanesque church dedicated to S. Lorenzo, dating back to the IX-X centuries. Interesting is the parish church of S. Giorgio remembered in 967, which preserves in its bell tower a bell dated to the year 1271.

S. Maria Albiano Castello
It originates from the existence of an eleventh century feudal castle, now hidden and incorporated in the few houses of the small town. The villa belonging to the illustrious Borromei family is interesting. Even S. Maria Albiano in 1617 was included together with Fibbiano and Orbicciano in the vicariate of Camaiore.

Fibbiano
Among the countries that were once part of the Seimiglia district, it is the one located in the highest position. Characteristic medieval village, Fibbiano still preserves the architectural aspects of the past: from the alleys to the facades built with just rough-hewn stones, which integrate with the green of the surrounding landscape. Near Fibbiano, in the Passo del Lucese area, there is an admirable Romanesque church dedicated originally to S. Cataldo and subsequently to S. Jacopo.

Fibbialla
Its origins lie around the ninth century, and as early as the twelfth it became part of the possessions of the Jura of the canons of S. Martino di Lucca, who built a castle here in 1123, of which few ruins remain in the part that dominates the town.

Villa Narciso - Camaiore UP TO € 1MLN