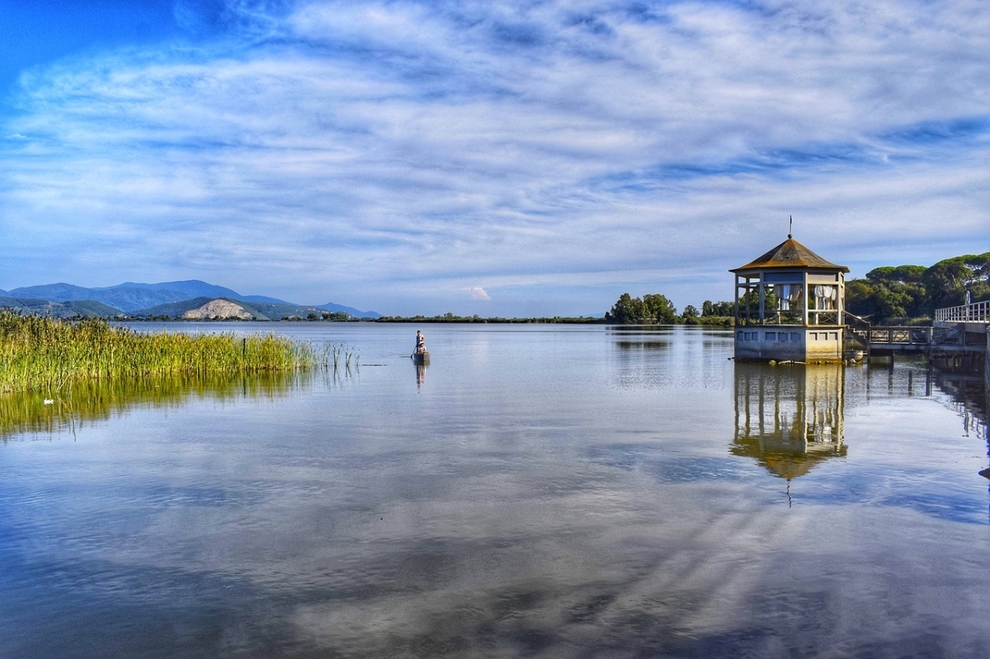 Lucca, Versilia and Garfagnana are the places of the heart and life of Giacomo Puccini,

one of the greatest Italian composers in the world, who has lived in this beautiful part of Tuscany for all his 65 years.

We warmly invite you to touch the soul of Tuscany and discover the land of Puccini, especially Versilia and Lake Massaciuccoli, where the great Maestro, considered as the quintessence of music, lived between the late 1800s and early 1900.

The Maestro always returned to his Torre del Lago, as much as he loved to travel and participate in numerous international events, these places dear to him were his source of inspiration and creativity of his enormous talent.

Discover this territory too, to relive that great love that the Maestro had for his land and discover the prestigious villas and farmhouses for sale on Lake Massaciuccoli proposed by Broker Immobiliare Exclusive Real Estate.

Lake Massaciuccoli is a coastal lake in Tuscany, the lake and the marsh area around are part of the Migliarino - San Rossore natural park, a LIPU oasis, given the numerous species of birds that come to this area to nest , the basin also has a rich and colorful flora.

Although born in Lucca, a city that can boast a musical tradition that does not have many equals, Puccini did not love city life very much, so in 1891 he moved to Versilia and chose for his buen retiro the village that would later take his name: Torre del Lago.

The bond between Giacomo Puccini and Torre del Lago was love at first sight: the Maestro fell in love with this place from the first moment and never left it. The village nestled on the shores of Lake Massaciuccoli was ideal for Puccini, who loved to hunt in the marshy area, admire the extraordinary sunsets, see the Apuan Alps reflected in the large body of water.
In 1891 Giacomo Puccini rented a tower house on Lake Massaciuccoli, here Puccini began a life made of ties with simple things, the love of hunting and hunting friends, the revels with artist friends. After the success of Manon Lescaut, Puccini bought the tower house and moved to the nearby residence of Count Grottanelli, where he remained until the construction of Villa Puccini in the spring of 1900.

Manon Lescaut, La Bohème, Tosca, Madama Butterfly, La Fanciulla del West, Il Trittico, Turandot, triumph in theaters all over the world and the recognition of the greatness of his music is unanimous.

The master lived in his house on the lake for about 30 years and so much was the love for his lake that he wanted to be buried there, in front of that body of water that had accompanied him throughout his life, and it is right here the Giacomo Puccini open air grand theater was built in his honor, built right on the water, where his works are represented every summer during the Pucciniano Festival.

The Puccini Festival fulfills its ancient desire every year: the Maestro's works are staged on the shores of the lake he loved so much, in the heart of the town which, in his honor, changed its name to Torre del Lago Puccini.

A long and stainless relationship, which is renewed from time to time, a magic that is reborn every year from the immortal notes of Puccini, which we invite you to listen to during the summer evenings, also from the prestigious properties for sale on the shores of Lake Massaciuccoli, such as Villa Mondella, Casale Anthea or Casale La meranda, prestigious properties offered for sale by Broker Immobiliare Exclusive Real Estate.