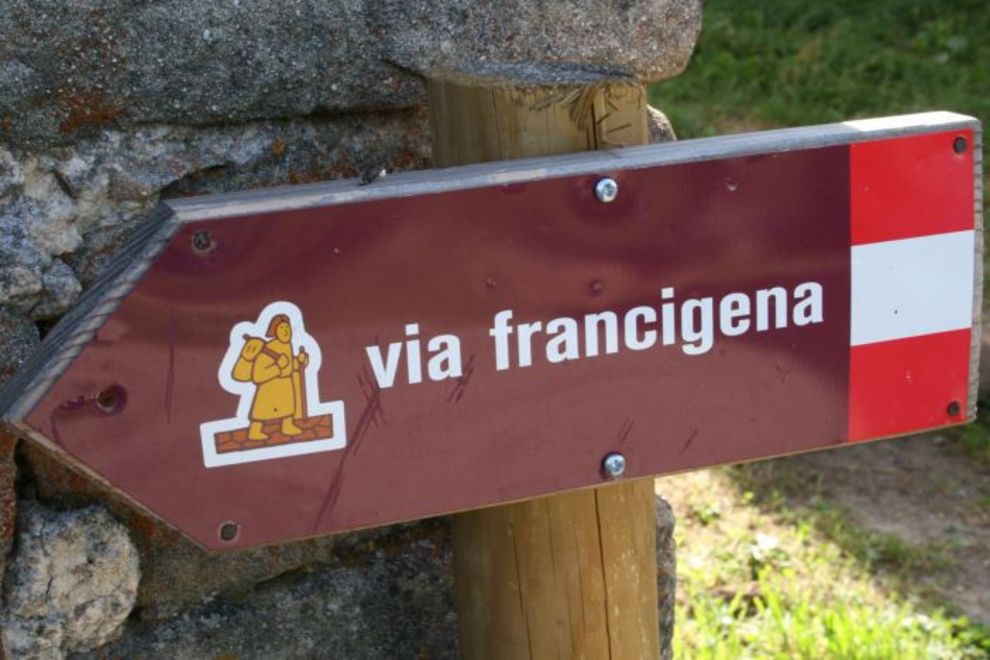 Tuscany, for sale luxury villas along the Via Francigena

Home PageBlog Broker ImmobiliareTuscan RivieraTuscany, for sale luxury villas along the Via Francigena

The Via Francigena is the historical itinerary that from the north of Europe led to Rome, the eternal city.

The pilgrims who came from the British Isles, from the Kingdom of the Franks and from the farthest regions of the empire, already before the year 1000, descended the Italian peninsula, so that the doors of the Bel Paese were opened for them, with cities full of history and of art.

The trail signs departed from Canterbury Cathedral to the cliffs of Dover. Beyond the English Channel, the route enters France in the gentle landscape of Picardy and Champagne, and then enters Switzerland and continues in Italy, passing the Alps to the Gran San Bernardo pass.

Between the end of the first millennium and the beginning of the second, the practice of pilgrimage took on increasing importance. The holy places of Christianity were Jerusalem, Santiago de Compostela and Rome, and the Via Francigena represented the central hub of the great ways of faith.

The pilgrimage soon became a mass phenomenon, and this exalted the role of the Via Francigena which became a crucial channel of communication for the realization of the cultural unity that characterized Europe in the Middle Ages.

The Way became strategic to transport goods from the East to the markets of northern Europe. In the thirteenth century commercial traffic grew to such an extent that there were numerous alternative routes to the Via Francigena which divided into numerous routes connecting the north and Rome, so that the name changed to Romea.

The growing use of the Francigena as a trade route led to an exceptional development of many centers along the way, among others Camaiore, which was born long and perhaps thanks to the Via Francigena.

Camaiore can boast of being one of the more than eighty stages traveled in 990 by the famous archbishop Sigerico, who left Canterbury, his episcopal see, reached Rome after several months of travel, and then returned to England. Precisely on his return journey he noted in his diary, which XXVII stage, located between Lucca and Luni, the locality of Campusmaior, the current Camaiore.

Along the Tuscan stretch of the Via Francigena, Broker Exclusive Real Estate, offers for sale villas, farmhouses and historic homes of prestige, such as among others:

Villa Augusta, historic villa for sale in Camaiore, belonged to important families and handed down through noble families, who have preserved all the charm and prestige, this historic villa, turns out to be a splendid example of luxurious and elegant residence.

Villa Del greppo, luxury villa with swimming pool for sale in Camaiore, where you can immerse yourself in the dream of a beautiful Tuscan villa of the '600, experiencing the warm atmospheres of the past combined with the recent and careful renovation and all the modern plant comforts.

Villa D'Antan, villa for sale in Camaiore in an exceptional location, stone, wood and nature, give us the poetry, the emotions and the charm of the past, the result of the excellent and refined recovery of a 19th century farmhouse. lovers of the genre, a real gem, set on the first hill of Camaiore.

Casale Rotaio, a prestigious farmhouse for sale in Camaiore, a magnificent and ancient former farmhouse, unique in its kind, which mixes the tradition of the 1700s Tuscan farms, with the modernity of the pure forms of the sculptural works of a famous American artist, who here from the early 90s, together with his wife, he established his residence and his own studio / atelier.

Villa Saint Laurent, luxury villa for sale in Camaiore, in a prestigious and priceless location, real added value of the whole estate, with a splendid view of the sea, and immersed in a private park and olive grove of over 43,000 square meters.

Casale dell'Abate, a farmhouse for sale in Camaiore, located in a privileged position, with open views of the Camaiore valley and the surrounding hills, this rustic house dating back to the end of the 15th century offers the possibility of living in privacy just 5 minutes from the center and 15 minutes from the sea of ??Versilia.

Villa Il Sasso Bianco, a luxury villa of architectural interest for sale in Camaiore, designed in the late 60s by a famous Tuscan architect of the twentieth century, attributable to the "Florentine School", which for modernity and research of details recalls the structures of the organicist movement, founded by the famous American architect Frank Lloyd Wright.

Camaiore is in a strategic position to reach the major art cities of Tuscany such as Pisa and Lucca just over 20 km, Florence 100 km, in addition to the Ligurian coast, in Lerici, the Gulf of poets and the beautiful "Cinque terre", about 70 km away, Pisa International Airport is only 30 km away.

Previous article Luxury villas for sale in Forte dei Marmi, between pinewood and sea
Next article Lucca, villas and historic houses, for sale the nobility of other times
Linked properties

Rustico dell'Abate - Camaiore UP TO € 1MLN